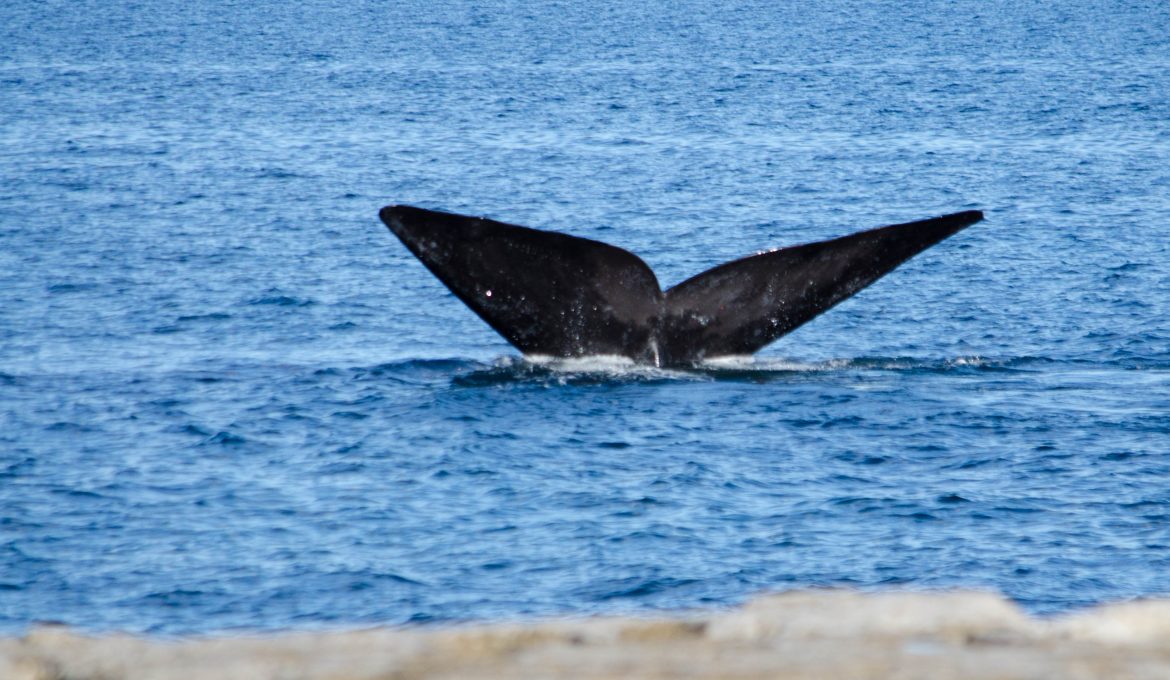 With a total of 1,500 km in 3 days, we drove quickly to the peninsula Valdez and there directly to the whale watching hotspot at this time of the year: the Punta Pardelas. There are many mothers with their newborn babies in the shallow waters of the Golfo Nuevo in October / November. In the evening just before dark we arrived and could during our sun-downer see the first whales in sunset.

The next morning, I was just about to get off, I saw a whale mother and her baby only about 20 meters from the shore. Of course, the camera was taken, the tele screwed on and off we went to the shooting session. After our breakfast, sports program and a long hike, we enjoyed our first driving-free day. In the afternoon a large whale-pair was passing by. We parked Shujaa even closer to the water line, hoping to be awakened the next morning by the snorting of the whales in time for the next photo shooting. An absolute dream day came to an end. The sounds of the whales are so impressive and so relaxing at the same time: the grunting on the surface, the snorting on exhalation and the subsequent fountains, the clapping of the fins on the water and the loud bang when hitting the surface after a jump. At night, however, the snorting of the whales did not awaken us at first, but a strong storm made Shujaa shaking quite a bit.

The next day, the storm was still strong, so we decided to go on a day trip around the Valdez peninsula for 260 km, after another morning whale watch, and saw sea lions, elephants and penguins; the latter unfortunately in the context of an Estancia visit for insane 45 € per person. In the aftermath, we were very frustrated about the money spent, since we will surely see many penguins “free of charge” on our further way. This also showed us that on our world trip we have to get away from our “efficient take-it with us mode”, which we are used to from other holidays. Also the scenic charms of this very sparse island attracted us into the spell. In the evening we drove again to our well-known overnight place at the Punta Pardelas and spontaneously decided to spend another free day with hiking, sports and whale watching – because it was so beautiful. Even though it is too early to philosophize after 1.5 weeks about highlights of our world trip, the Peninsula Valdez is certainly a hot contender.