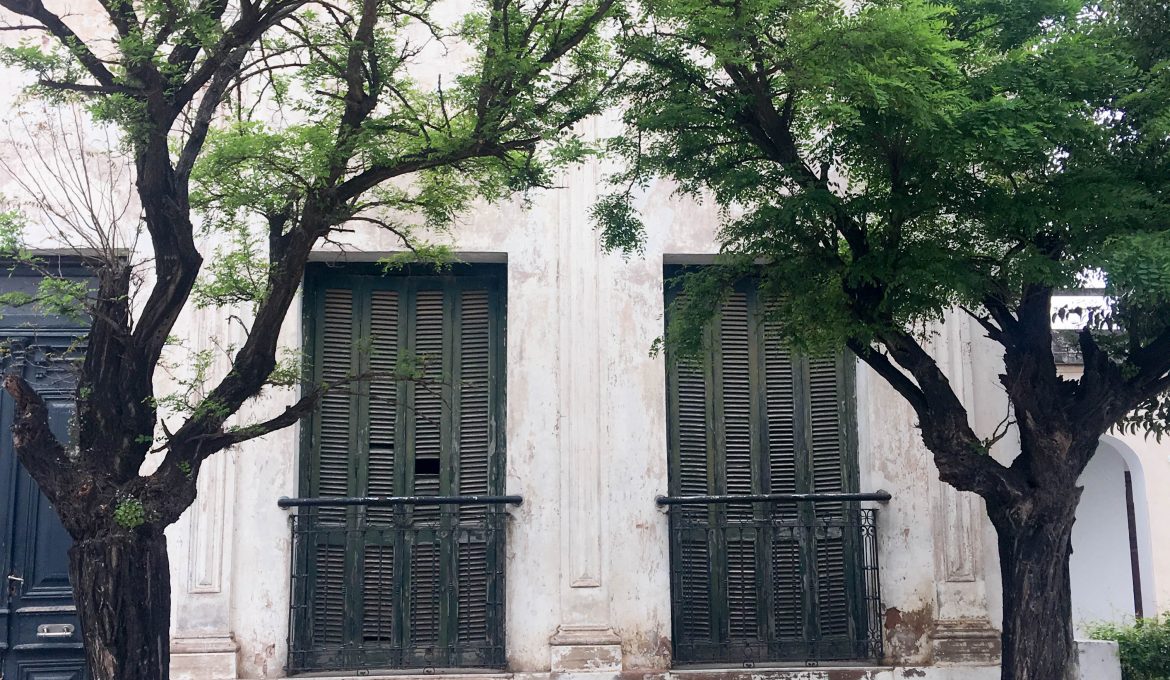 On October 17, we were ready to pick up Shujaa from the port of Zarate, 90 km north-west of Buenos Aires. We have been really looking forward to this day, and we are already quite excited, even if we try to show nothing to each other. We ask ourselves: did our preparations have been fruitful by completely clearing the driver’s cab including the dismantling of the reversing camera, the navis etc.? Then we made the shower roof hatch with metal cover burglar-proof – also with heavy expedition mobiles like Shujaa this is a “weak point”. Or do we have to bear the first frustration experience of our world journey?

In Zarate we met Alejandro, the agent of our agent Pablo, with whom we have already given our documents in BA and settled the payment. His native Argentine dialect cannot really be understood by anyone who has learned normal Spanish. After all, he seems to know what he is doing. In total, however, it took six hours to get Shujaa out of the customs despite using an agent. And Karin was waiting in the little kiosk and writing her diary, hoping that everything is fine with Shujaa. After two hours I could at least go with a customs officer to Shujaa for a brief customs check. Everything at Shujaa is still there and there are no scratches or bumps, I was very relieved. All doors and flaps were sealed at the departure in Hamburg – one seems to have learned from the many burglaries during the crossings to South America.

After installing everything in the driver’s cabin again, we went to the 60 km to San Antonio de Arecco – a quiet old Gaucho town. After shopping in the first supermarket (the police came with 2 vehicles to take pictures of Shujaa, Karin was a bit irritated when she came back from the supermarket) we placed ourselves at the edge of the village, continued to store our belongings in Shujaa and went in the evening for a quick bite to a traditional pulperia.

Again unhealthy food. We were looking forward to having our own sovereignty over the diet again from tomorrow onwards. The next morning, after a short visit to the city, we filled up the gas and and the water (with 800 liters of diesel and 800 liters of fresh water capacity, this took a while) before we went in a large arc around BA to the south through the infinite landscape of the Pampa 1,500 km to our first major destination – the Peninsula Valdez to Whale Watching.