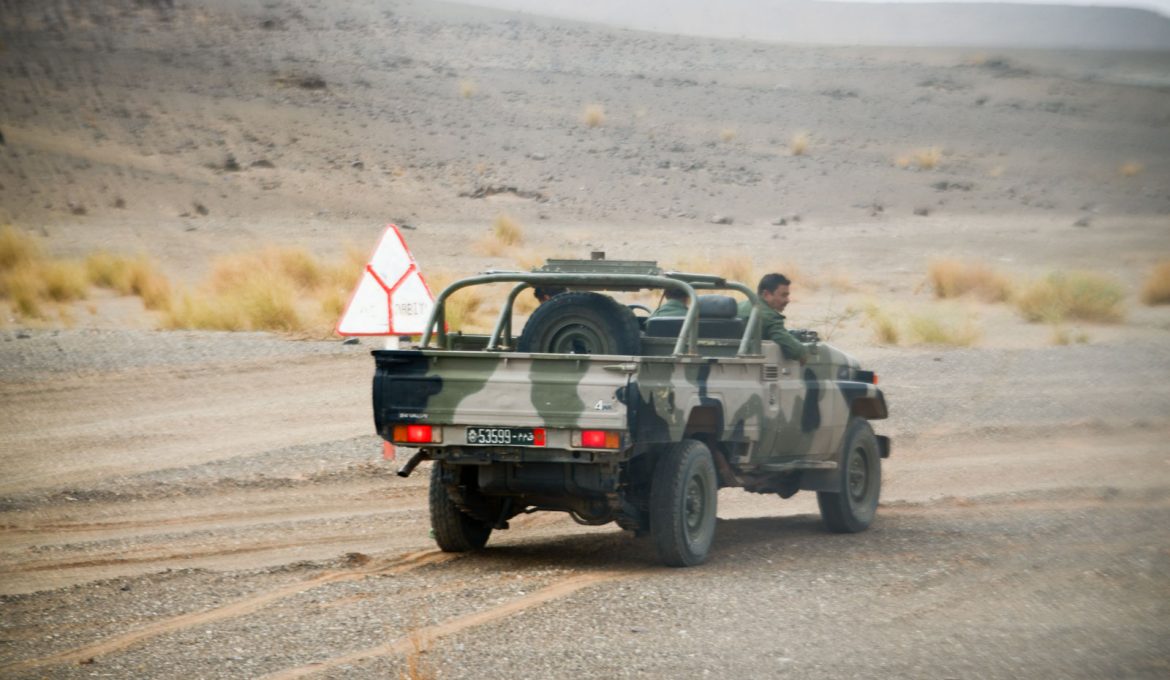 The next morning we realized that also a second tire slowly lost air, so we drove back to Assa to the tire patcher. With two freshly repaired tires under the axles, we headed on asphalt from Assa via Akka to Tata. Our remote track towards the Algerian border to drive on part of the former Paris-Dakar piste ended abruptly after 30 km at a military post: all my French persuasion and the indication that we were part of the rally organization in order to check whether it would be possible to move the truck part of the Paris-Dakar back to its origin, did not help – we had to turn back. So the next day we went on asphalt from Tata to Foum-Zguid, where we were able to turn back to the south and thus to Algeria on beautiful desert tracks and still managed to drive on part of the Paris-Dakar run.

Numerous military posts were no problem for us this time. The slopes were very scenic and – especially after our experiences in the Qued Dráa – very good to drive. We were only amazed by the many large tracks in the middle of the desert: were they coming from tanks to secure the still unclear borderline or a caterpillar needed for the recovery of a stuck expedition mobile? Suddenly, we came across a large, non-navigable and freshly-loaded earth wall … and behind it we saw only various military caps ascending and diving as in an exercise in a battle ditch …. A bit like in the movies only much more exciting. We were just waiting for a cannon tube to be headed towards us. However, it quickly became evident that the military caps belonged to two frontier soldiers who greated us friendly and showed us a passage through the Wall. Unfortunately, her French was not good enough to have a discussion about the background of this new border security project: restricting refugees from Black Africa on their way to Europe or avoiding unauthorized border crossings of the unloved neighbor Algeria?