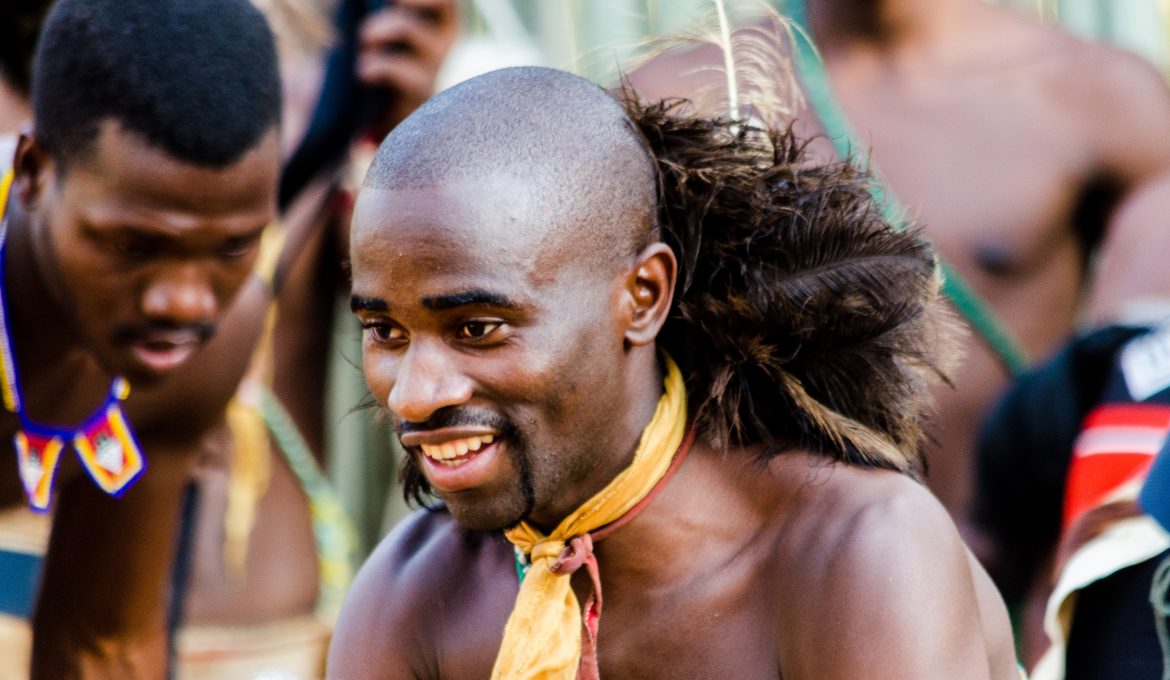 Swaziland or Eswatini – as the king renamed his country for the fiftieth anniversary of independence recently – surprises us. The small country, which is still one of the very few absolute monarchies in this world, has long been considered very backward looking and been captured in its traditions. Since the king has declared his goal of attaining “first world” status by 2022, much has changed. Tourism plays a big role (on the border we get a tourist brochure for the first time on our trip around the world) and everywhere investments in infrastructure is taking place. The cars are mostly new and upper-class… you can tell that the small country is booming. It will be interesting to see how far the traditions can be preserved going forward – these are an important factor in the tourism business. In our three-day transit from north to south we visit great waterfalls, a traditional Swasi-Village and the world’s largest monolith besides Ayers Rock in Australia – Sibebe Rock.

Quickly we are back in South Africa and spend relaxing days with beautiful wildlife viewing in great nature in the Ndumo and Tembe Elephant Park. Both parks are pleasantly untouristic (there are also lonely parks in South Africa …) and right on the border with Mozambique. Poaching is a big problem, but also the surrounding villages on the South African side like to poach an Impala or Nyala in the NP to satisfy their hunger.

Then we continue via Kosi Bay along the so-called “Elephant Coast” south to the St. Lucia Wetlands Park. Here we see well-known big game such as hippos, rhinos, buffalos etc. in a completely new, green and blooming environment – another experience compared to the typical African dry bush we have experienced so far. In addition, the summer comes slowly and announces a bit of rain – the first we have for over 4 months.

Unfortunately, we have to make an unplanned detour of 500 km to Durban as Shujaa’s starter batteries went down again – after a three-month holding period. We are now driving with the fourth set of starter batteries in Africa in just over four months …. more than an annoying and above all an expensive endeavor, because the guarantee of the last batteries bought in Namibia does not really help us here in South Africa. Renewed extensive tests of battery charging voltage, quiescent current, voltage drop at start-up do not result in any problem on behalf of our MAN truck, and our friends of the Dakar Rallye service team at home in Germany also have no explanation. In this respect, the old issue of quality or age of new starter batteries in southern Africa remains the only explanation.

In addition, I am plagued by the African tick-bite fever, which I probably got at a bushwalk. We never found the tick, but Karin’s meticulous internet research leaves no doubt. So, I strike around with fever, body aches, etc. Fortunately, the right antibiotic is present in our extensive board pharmacy, but it does not really add to my mood. After a few days I feel better again.

The visit of the well-known Hluhuluwe-Umfolozi N.P and the private animal reserve Thula-Thula, with the elephant known from the book “The Elephant Whisperer” (see also our blog), compensate us again with great animal experiences. Unfortunately, this is also how we get to know the massive threat of poaching. Of course, we kept hearing about it and are being kept informed by guides, but we did not realize it had such huge dimensions. At Thula-Thula, we spot signs on the gate to stop the poachers from killing rhinos, because the rhinos’ horns are injected with a colored poison. However, we read in the follow-up book “An Elephant in my Kitchen” that this method was short-lived and the poachers did not care. A kilo of rhinos’ horn is worth $ 90,000. So, it’s no wonder that this is the scene of a whole industry that savagely and brutally slaughters the poor animals and partly separates the living body from the horns and leaves huge holes. Today, the horns of Rhinos are pre-sawn in the private reserves to protect the animals, but this must be done every three years because they regrow. And it continues even with Hippoteeth … Thula-Thula, for example, has now set up a whole army to protect their animals, so bad is the situation. And we are talking about South Africa – one of the most sophisticated countries in whole Africa.