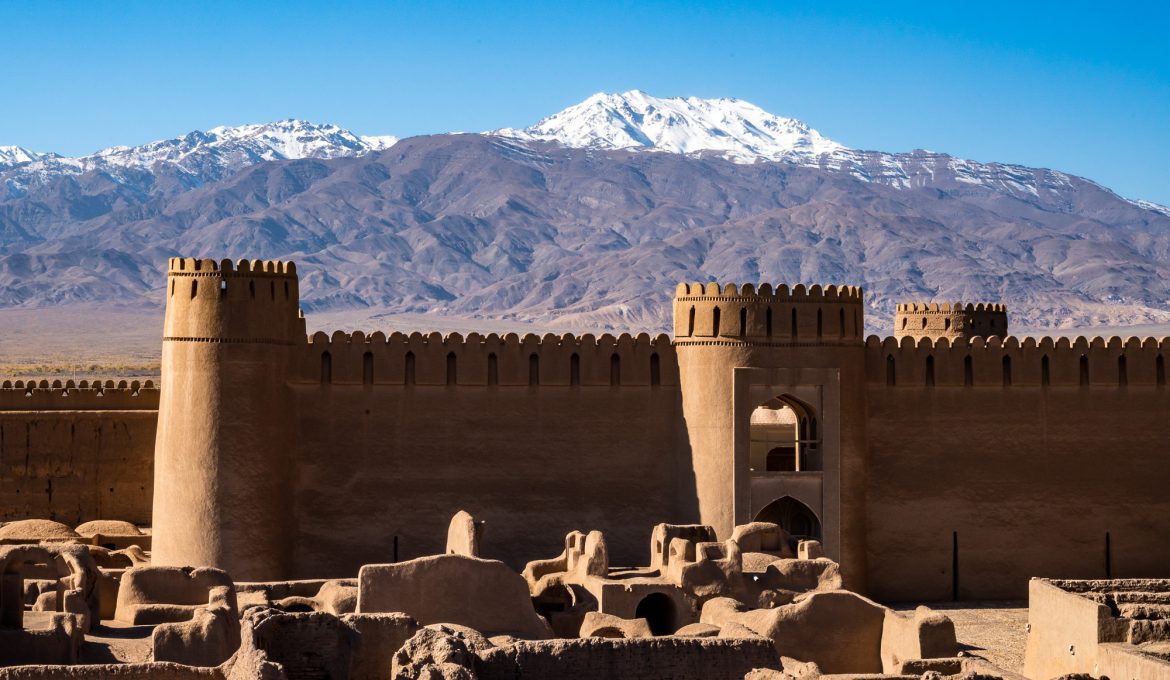 The world-famous archaeological site of Persepolis is on our way heading south. In terms of dimension, state of preservation and beauty it is even more impressive in comparison with the well-known archaeological sites we have visited in Turkey and Greece before. The intricacies of the stone work are particularly fascinating.

We continue our drive over the mountains to Shiraz: it is known as the capital of the gardens and is considered a refuge of knowledge and poetry, where Saadi and Hafiz- the most famous national poets – worked and are buried. In fact, the city looks very cultivated, but we don’t see any foreign tourists here either. In addition to sightseeing the well-known sights, we also extend our medical visa without any problems. Now we could stay until early December if we wanted.

We had already mentioned before that the very courteous, considerate behavior of the Iranians per se is in no way reflected in their road traffic behavior: everyone drives completely uncoordinated, pushes and tries to rummage through in the most selfish way. As we drive out of Shiraz, what had to happen at some point happened at a roundabout. First, we hear a dull, unidentifiable noise – a clattering street cover, perhaps? Then another, louder noise. We both don’t know where it comes from but we’ll stop. As we get out, we see the misfortune: an elderly lady drove her little Peugeot quickly into the roundabout in an “Iranian way” and hoped that we would somehow stop or evade (note: in Iran, too, the vehicles that are already in the roundabout have the right of way – in this case we!). But we didn’t notice her at all, as she was in the blind spot in the lower right front corner. The woman sits in the car, dazed with shock and cannot is not approachable at all. The whole side of her car is dented, the windows cracked and the glass splinters are scattered throughout the interior. Fortunately, besides the shock, not much has happened to her and she even speaks some English. Karin takes care of her and tries to calm her down. Shujaa only has a few scratches on the bumper…. Size matters!

Although the right of way has been clearly taken from us, we are a bit skeptical about the next steps – especially after our accident experience in Tanzania and with all the local language problems in Iran. So, we document everything as well as possible with photos. When the policeman finally comes by, he just wants to know who came from where and then the question of guilt is clear to him and he disappears again. Meanwhile, the poor woman’s son is also on site and so we can continue our journey with a good conscience. We are lucky … and the scratches can be polished out of Shujaa’s massive steel bumper quite easily!

In the mountains of Shiraz, in a great landscape, we recover from the stress. The first snow falls around us and it becomes really autumnal. We start to organize the crossing from Bandar Abbas – the Iranian port city on the Strait of Hormuz – into the U.A.E.. As always in these days, there are no current experiences from other overlanders and the information is very contradictory as to whether this is possible at all or not. Some say no, others “vehicle yes, passengers no and only by plane”. The latter also seems to be emerging as a valid option for us and so we are heading in good spirits towards the Persian Gulf. On the way we visit an old fortress in Rayen, which is a great photo opportunity in front of the snow-capped 4,000-meter peaks.

We spend the last days of our five-week stay in Iran on the island of Qeshm: a free trade zone that foreigners can visit even without the Iran visa. In particular, the interesting geological formations and the warm summer weather – a contrast, after the very autumnal temperatures of the Iranian highlands – inspire us and form a beautiful end to Iran.

While we are reviewing the great five weeks in this country, we watch the smugglers from our parking space on the beach as they load sheep from pick-ups onto small boats and ship them across the Strait of Hormuz to Oman. Here, too, they are very friendly to us and welcome us.

Iran, a dream travel destination with incredibly warm-hearted people, great culture and spectacular landscapes, which for us has in no way reflected the very negative media image of the country. We only missed a little more varied food (kebab, kebab and again kebab) as well as a delicious wine from time to time.

Of course, we still had the famous Lut desert on the plan after Shiraz, but there is an extra report on that. Stay tuned.