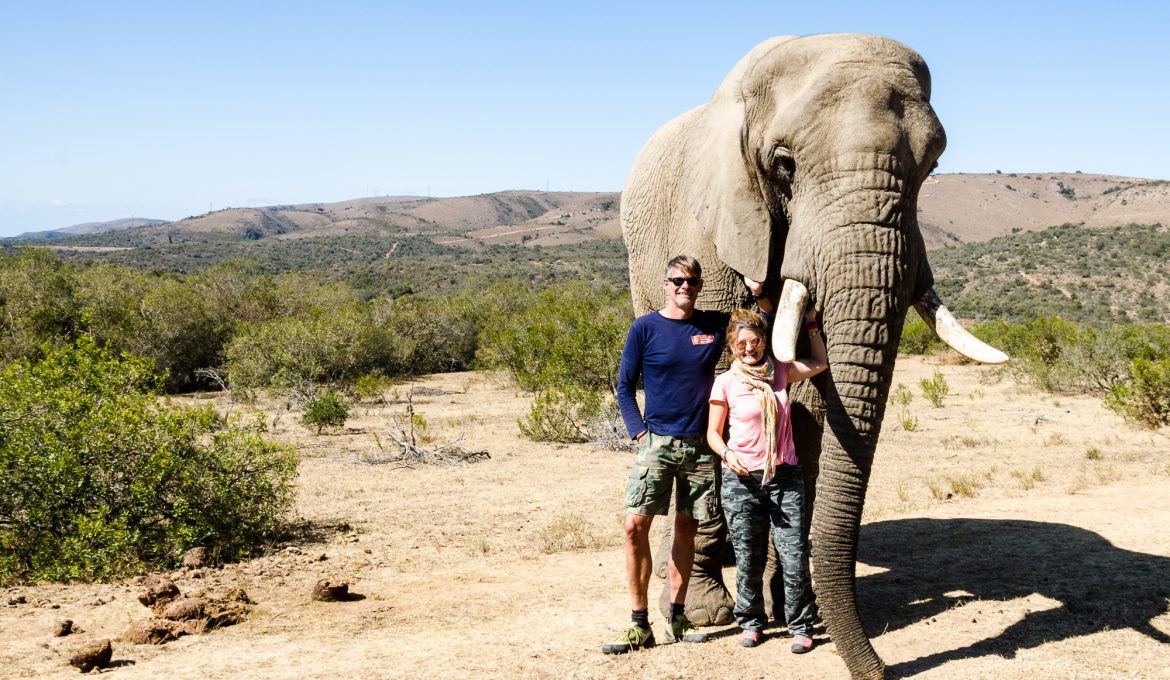 Coming from the impressive Drakensberg mountains, we drive through lovely farmland: sparsely populated, well-ordered, scenic landscape … like in the Allgäu in Southern Germany. Shortly after the town of Butterworth begins the former autonomous homestead “Transkei” and we find ourselves suddenly in a completely different world again: wherever you look you can see people in the countryside and close to their modest round huts. Extreme overpopulation! This is the poorest and most densely populated region of South Africa, primarily populated by the still very traditional Xhosa tribe.

As soon as we turn off the main roads and drive on small tracks through the Transkei, everyone waves at us – we feel by no means uncertain and find ourselves in the “original Africa” ​​again. Many South Africans, on the other hand, still avoid passing through this in times of apartheid absolute no-go area, for security reasons! The detours to the Wild Coast (the name comes from the many stranded ships) are tedious and sometimes of heavy off-road nature. Since there is no continuous pad along the coast, you always have to drive inland and through deep and thus washed out river passages. After the recently concurred Sani Pass we have again a few driving challenges to overcome.

The vegetation difference is just as harsh as the change in population when you enter the Transkei: on the plains in the inland there is only dried out grass prairie due to overgrazing and overpopulation, in the river valleys next to the sea you find – however – almost tropical landscapes. The steep coast itself, with beautifully located villages like Coffee Bay, seems to have left the best time behind it: after the end of apartheid and the dissolution of the Homesteads it quickly experienced a hype as an exotic adventure / backpacker destination. This hype seems to have declined significantly in the last years, however.

As we leave the Transkei in the south across a river, we are abruptly drawn back to the “civilized” South Africa: large farms, residential areas with pretty villas and nice shopping malls. We realize once again: apartheid is abolished on paper and the most violent outgrowths have ended, but in broader terms it is still lived in this country. Every day you notice the resulting tensions and mistrust between white and black people and you just have to drive through the countryside – outside the typical tourist destinations – to see the modern form of racial segregation. This saddens us very much. Not that we did not know about it, but experiencing it in all that clarity, right down to the behaviors of the two groups towards each other is already a very sad experience.

With these rather mixed impressions we drive along the Sunshine Coast with again beautiful coastal towns and nice shops, as well as restaurants in the supposedly “carefree” South Africa. With the well-known Addo Elephant N.P. and the lesser-known Mountain Zebra N.P. Once again two animal-rich national parks are on our program. Although not long ago, we had a desire to again see especially our favorite animals – the elephant. Karin really wanted to get close to them, touch them and their trunk. North of the Addo there is the possibility on a private game farm and after much discussion (is this still “natural”, do you do the animals a favor vs. they have been rescued from the Kruger and otherwise would have been shot, etc.) We decide for this experience in the hope that our money will be used properly for the elephants.

In Mountain Zebra N.P. we see the eponymous mountain zebras (in comparison to the normal zebras they are smaller and have no shadow stripes) and also once again a full-grown lion. Unfortunately, we do not see any of the cheetahs living there, despite a specially booked Cheetah tracking with an experienced ranger who is equipped with modern tracking technology.

In South Africa’s fourth oldest city, Graaff-Reinet, which is rightfully called the “jewel of the Karoo” and boasts over 200 historic and lovingly preserved buildings, we end our truly extreme-antagonistic journey through the Eastern Cape.