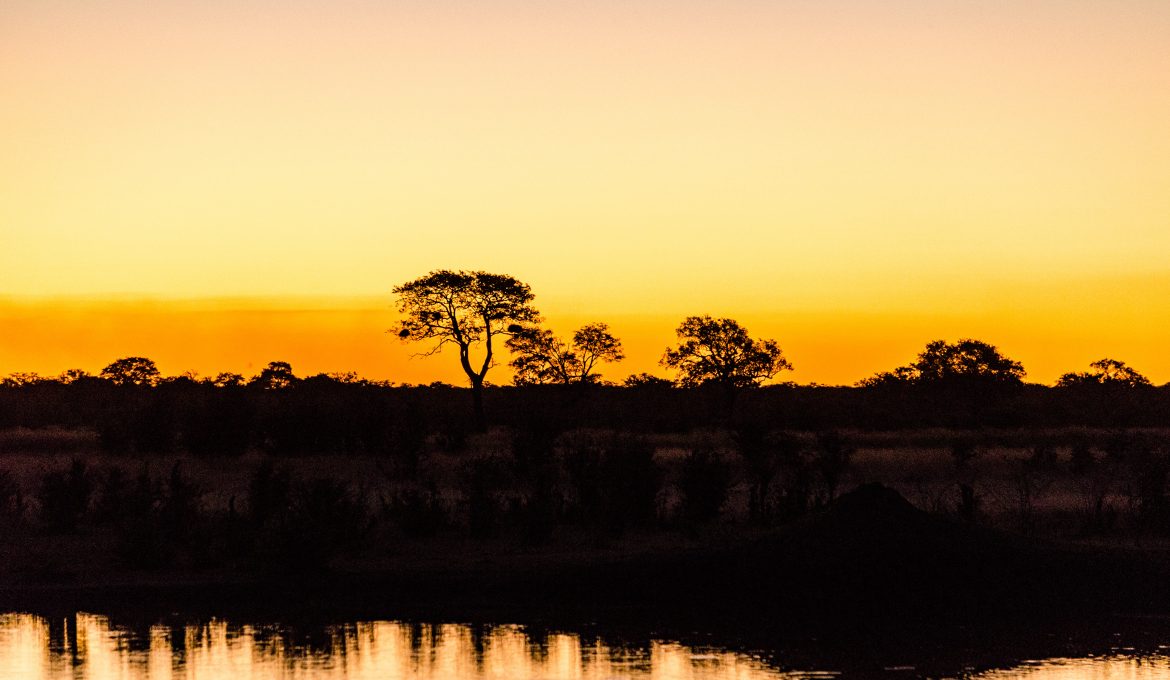 What have we not all read or heard about Zimbabwe from other Overlanders: countless roadblocks with corrupt police officers who want to improve their salary that has not been paid for months, collapsed fuel supply and completely unclear currency conditions (there are both USD and bonds on USD guaranteed by the state). Therefore, many Overlanders avoid the country. However, the situation apparently has improved slightly after the resignation of President Mugabe. We definitely want to make our own picture and decide to give it a go.

We deliberately use the tiny border crossing from Botswana to Zimbabwe at Panamatenga. There the officers are super friendly and the entry to Zimbabwe is fast. Of course, visas (our first on our world trip ever), road tolls, carbon tax, etc., must be paid in hard USD.

Then we drive on side roads to Victoria Falls. We were here 6.5 years ago, too. But the spectacle of the Zambesi river, falling over a 1.6 km long rupture edge, is always impressive. Especially because we still have the fresh comparison with the also spectacular Iguazu falls in Brazil. We treat ourselves to a stylish sundowner at the legendary Victoria Falls Hotel and eat delicious food. Here in Victoria Falls, the supply still works quite well – after all, this is where the almost single revenue of tourism is still working, in other places it has been reduced by more than 90%. However, for the first time we see very long queues at the only operating gas station. Directly on the Zambesi, about 500 meters above the waterfalls, we find a nice overnight place and hear the sound of the falls in the background. Getting local currency is quite difficult: there is no official exchange rate between the USD and the $ bonds, everyone has its own notion about it (preferably 1:1, of course). With a lot of effort, I can exchange $ 50 to $ bonds at a rate of 1:8, but the taxi drivers need a good hour to get this amount in $ bonds. The alternative – payment by credit card – is also not optimal, since the $ bonds are simply titled with $, and you do not know with which currency you are actually paying.

With still well-filled diesel tanks from Botswana we drive south to Hwange N.P. This park was once considered the most wildlife-rich and remote park in southern Africa. With uncontrolled poaching and ruthless hunting tourism as a lucrative currency donor, the park went downhill until the turn of the millennium, then the park infrastructure collapsed completely: no more fuel for the jeeps of the rangers, no more diesel to operate the water pumps for artificial irrigated dams, etc. However, there were several private lodges and volunteer organizations that held the flagpole. We were very impressed by Hwange N.P.: we did not see any lions or leopards this time, but everything else was around. There are many artificially irrigated waterholes in the dry season (in the meantime with solar power) where there are many hippos, giant crocodiles and other animals. Of course, the density of animals is not as intense as in the Okavango Delta, but we have seen a lot more than e.g. in the Central Kalahari G.R. In addition, the park is very little visited (sometimes we have met no more than 4-5 vehicles per day) and there are beautiful, very secluded wild camps where you can stay alone without fence, neighbor or other. The landscape is extremely varied and beautiful: sometimes rocky, sometimes sandy, sometimes large beautiful trees, sometimes mopane bush (as everywhere), sometimes yellow grass lands. Many large natural waterholes, green river valleys. All in all, we spent three great days in Hwange before returning to Botswana via Bulawayo (the second largest city in Zimbabwe, where industrial decline is clearly visible) and are waiting and waiting for our quad parts to arrive in Francistown…. The parts don’t get customs clearance in Botswana despite intensive follow up from our workshop. Unfortunately, this is also part of travelling around the world.