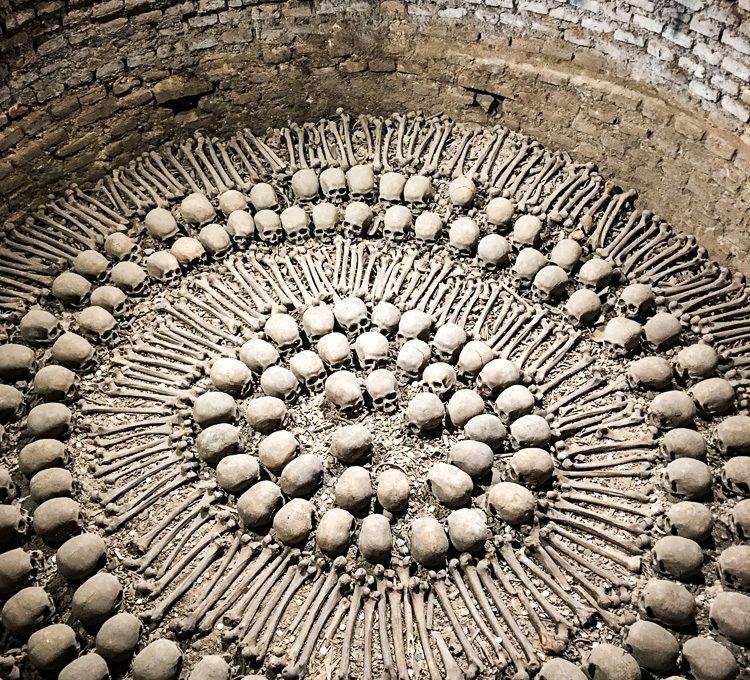 You can hear a lot of bad things about Lima: a huge, stinking moloch with 24-hour traffic chaos, huge slums and high crime rate. And many Overlander simply avoid the big cities. That’s why we simply drove past Lima on our drive north in March.

Meanwhile, our experiences with other visited cities (Quito, Bogota, Medellin) were very positive – travelling changes perspectives indeed – and learned that visiting the corresponding cities is part of experiencing a country. We also had our new inverter sent from Germany to the Mastervolt dealer in Lima for installation. So, we looked forward to Lima, and after having descended over 4,000 elevation meters in only 2 hours during the descent from the Cordillera Blanca we parked big Shujaa in the small parking lot of a hostel in the hip district of Miraflores. As it was Saturday the traffic was ok and the slums in the north of the city we had imagined worse. The old town, on the other hand – especially around the large plaza – is very impressive in terms of its dimensions and architecture. We especially liked the Dominican and Franciscan Monasteries with their spacious courtyards and arcades.

The next day, the inverter installation started: What should actually be a topic of a few hours (de-installation of the old and connection of the new inverter) turns out to be an action of 2.5 days despite professional electricians …. To make a long story short: even the new inverter did not work and after a long measurement of all cables and fault diagnosis it was clear that the problem was due to an incoming power cable, which did not bring full power and thus the inverter could not boot: Now we are the proud owner of a functioning third inverter (in addition to the two permanently installed ones), for which we paid not only initial and transport costs but also not inconsiderable customs clearance costs. But that’s the way it is and maybe one day we’ll actually need a new inverter. In parallel to the inverter work, Shujaa gets his well-deserved oil change at MAN in Lima – they had the corresponding Euro 5 synthetic oil extra delivered for us, because in Peru, Euro 5 vehicles are not yet on the road. As always with MAN, we are served very professionally, Shujaa is in the center of attention, every mechanic is eager to lend his hand to Shujaa and we are not allowed to leave the workshop before an extensive photo session has taken place.

In between these maintenance works we have dinner with the so nice sister Ana of our Munich Spanish teacher Claudia (she comes from Lima) and her husband Fernando and explore the nice neighborhoods Miraflores and Barranco. And from Karin is again a great food invitation from the Christmas list due. After 4 days we leave Lima to the south with fresh oil and a working second inverter. As interesting as Lima was and again many prejudices have not come true, we are happy to be on the road again. In Nasca, we turn back into the mountains and head for the more than 1,000 km journey to our last big destination in Peru: Cusco and Machu Picchu.