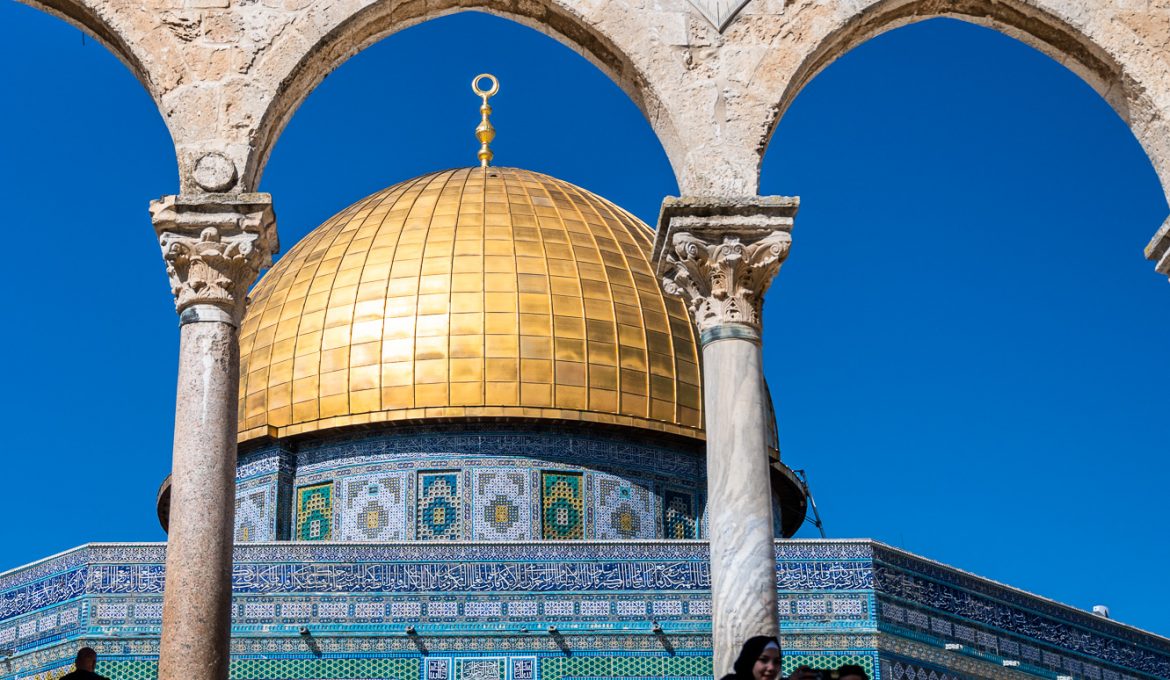 Israel had its borders closed for a long time due to the corona – the land borders in particular were only reopened a few weeks ago. In Jordan and in the Overland community persistent rumors are saying that it is still not possible to enter the country as a tourist with your own vehicle. This uncertainty also has a significant influence on the planning of our return route: shipping from Israel/Haifa, shipping from Jordan/Aqaba or overlanding via Iraq to Turkey (which is clearly not the safest and most easy-going route). Shipping from Israel to Greece would be our clear preference, but it’s not in our hands!

The Israeli border is not far and we decide to just try our luck there. The biggest hurdle we face right at the very beginning: the Jordanian pre-checkpoint says that we need a visa from the Israeli embassy in Amman (like the Jordanians themselves who visit Israel). He doesn’t know (any longer) that German get a “visa on arrival”… the last German or European overlanders passed by two years ago… before the outbreak of the corona pandemic. We push for clarification of the facts on the Israeli side and after two long hours of waiting – mentally we have written off the Israel option already – we actually get the OK to proceed. Big surprise! The actual border crossing is then routine. The multi-level Israeli vehicle inspection is also intensive, but contrary to rumors circulating elsewhere we don’t have to completely remove everything out of Shujaa. After a total of seven hours we are through the border and can’t believe our luck that we “made it” into the last country on our itinerary under the still ongoing pandemic conditions – who would have thought that this is possible at the beginning of this trip?

Unfortunately, this excitement does not last long: we feel weak and have symptoms of an impending strong flu – nowadays it is probably called Corona (this is also the result of the obligatory test upon entry). We’re not in a good mood for the next seven days or so, but everything is still in the non-critical area and, just in case, we’d be in a country with very good medical care. The weather is also very mixed and Israel is definitely not a really good destination for overlanders: very densely populated, a lot of traffic and also not really nice and lonely pitches. Not to mention the non-existence of challenging off-road routes.

While not entirely surprising, none of this necessarily contributes to a good vibe. Nevertheless, we take the highlights with us as good as we can in our condition. Sea of ​​Galilee, Golan Heights (with a great winery and good tasting), Nazareth, Jericho, Jerusalem and Bethlehem, Haifa and Tel Aviv. Despite the very small size of the country, the differences could not be more extreme. Ultra-Orthodox Jews in Jerusalem vs. party atmosphere in Tel Aviv, modern western lifestyle in Haifa vs. deepest Arabic culture in Bethlehem. Even the Church of the Holy Sepulchre in Jerusalem is divided between denominations. In addition, you see barbed wire fences and high concrete walls everywhere: not only on all land borders with Jordan, Syria and Lebanon, but also in the country itself (on the border with the West Bank). Settlements and villages are also often secured several times. These extreme differences and security measures in the smallest of spaces make traveling exhausting and difficult… especially in comparison with the endless expanses and the loneliness of the countries we have traveled before.

After our almost two weeks in the country, we understand the highly complex situation in the country itself, but also with its neighboring countries a little better… however without being confident about future developments. Israel is torn within itself, on every level, and at the same time is so different from all of its neighboring countries. Having experienced this let us look back with some melancholy on the great experiences in the last few months.

Whats up next? We are very much looking forward to the next few months in Mallorca, to skiing in the Alps and to the final termination of this travel stage in April: then we will return with Shujaa from Athens via Albania, Montenegro and Croatia to Munich.