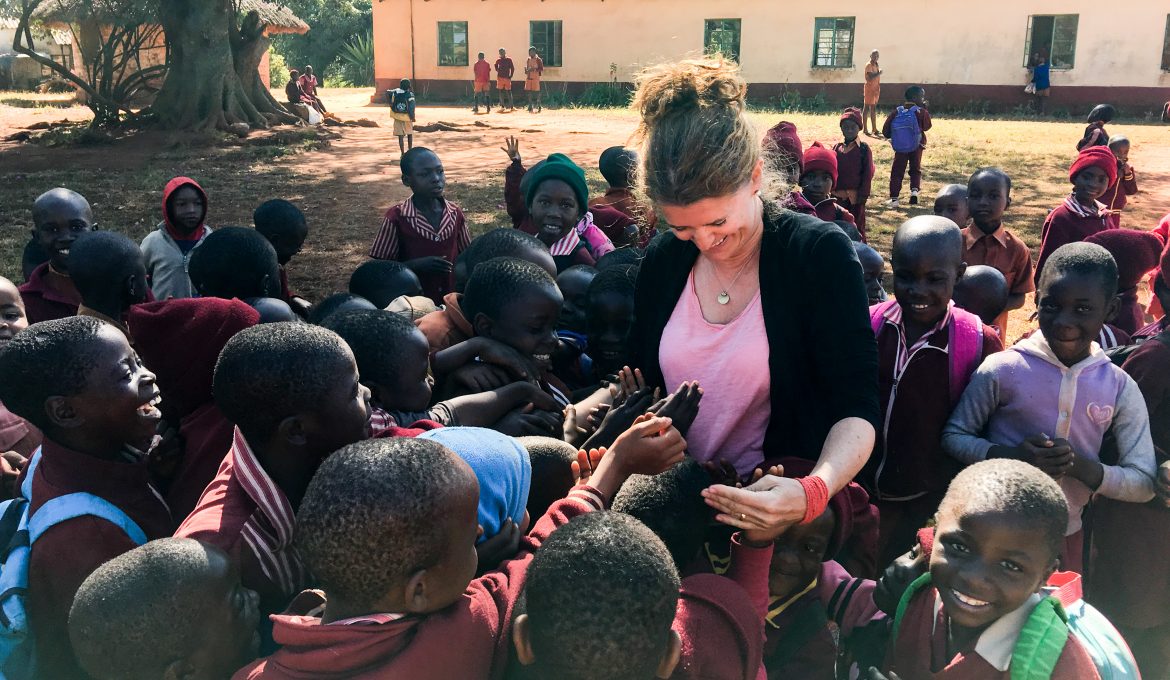 At the very last minute just prior a long weekend, Brendan from our workshop in Francistown, Botswana, manages to finally release our spare part shipped from Germany from customs and assemble the new gearbox drive to our quad Shujoo. A few hours later we are back on the road to Zimbabwe, full of food and diesel, so we should be self-sufficient during our second stay in this country. Entering at the Plumtree border is a bit more time-consuming and tedious than the first entry into the country at Panamatenga – there’s nothing better than small border stations, but you do not always have the choice.

The main roads in Zimbabwe are in good condition, as there is hardly any fuel and thus no traffic and no wear. The only annoying thing is that at each toll station we have to explain forever that we have been classified as a “light vehicle” at border entry and therefore did not have to buy prepaid toll vouchers (in hard USD of course …), but pay the much cheaper normal tariff in cash in local currency. Nevertheless, we quickly arrive in Great Zimbabwe, the largest “stone ruins” south of the Sahara. We set out with a guide to visit this fascinating city built of granite without mortar. It served between the 12th and 16th centuries up to 20,000 people and their king as a center of power. The king lived on top of the granite cliff, his first wife in the “great enclosure” on the other side of the valley and in between the numerous other wives of the king, as well as other important people. Our guide tells completely convinced partly ancestral cult-derived and abstruse stories that Karin cannot really find in the guidebooks. But faith alone moves mountains. We also get a dance performance with singing in a village at the foot of the fortress. The entire site exerts a high mysticism on me – especially on my second visit at sunset, where I am completely alone in the sprawling complex and collide in a narrow stone alley almost with an oncoming baboon. He is even more frightened than me and tries to flee over the three-meter-high lane walls, crashes and rips off a part of the wall collapsing loudly.

In addition to the impressive dimensions and mysticism, Great Zimbabwe also displays two impressive themes: one is the total disregard for African culture or its capabilities by Europeans, especially during the colonial era. The first explorers and so-called archaeologists, who discovered Great Zimbabwe at the end of the 19th century, could not believe and accept that such a facility could be built by Native Africans from the 9th century and therefore saw the origin in the Europeans or the Occident. Scientists with different assessments were simply kicked out of the country. The other is the significant decline in tourism nowadays: given the city’s outstanding cultural significance, it is almost unbelievable that only six parties visit the sprawling complex on a Sunday. On the beautiful campground next to the site with meadow and old trees, we are the only guests. Our guide confirms that domestic tourists no longer have the money to pay for such visits and travel, and foreign tourists avoid the country because of currency and fuel issues. Internationally, even after the end of Mugabe, the country is still completely isolated. One wonders how it will ever come out of the crisis again.

We make a detour of more than 400 km to the southeast to the Gonarezhou N.P. in the lowlands. It is – as we have been confirmed by other travelers – after the difficult times of poaching and hunting by the hungry population again a very animal-rich park with stunning scenery. Unfortunately, we are not allowed into the park with Shujaa, on the grounds that we are too big and would break the slopes. All reasoning does not help, so we deeply frustrated we look for a not far away overnight place and find indeed a dream place: on a bridge destroyed by flood at the Runde river … shortly behind (thus for us outside) the park entrance sign. Half sitting on the bridge torso, we have great wildlife watching at sunset. However, after dark and consuming a good bottle of wine, seven Rangers come by and try to explain to us in eternal discussions that we are staying unauthorized within the N.P. and cannot spend the night here. The National Park entrance sign is apparently old and therefore no longer valid from the time when the bridge was not yet destroyed. Reluctantly we follow the rangers in the dark (we never drive in the dark otherwise) to the N.P. headquarter where we had been promised a “safe” parking space. Once there, we discuss again forever before the eyes of the Chief Rangers and when I want to go back to Shujaa to sleep, he declares that I am currently “under arrest” and should not leave the office. After a further hour of discussion and payment of the equivalent of eight euros penalty, Karin and I are officially “released to liberty” and finally spend a quiet rest of the night.

The Eastern Highlands bring the much-needed rest for body and soul: in the Chimanimani Mountains we make a great and very strenuous eight-hour mountain hike. We park next to a school and make an extended visit. This event reminds us once again of the difficult conditions people live in here. In addition to the general problems of Zimbabwe, Zyklon Ida hit hard in March of this year: over 300 deaths alone in the small town of Chimanimani, countless slides and spilled roads, many white tents from the large aid organizations serving as emergency shelters. All the more impressive is the friendliness and warmth of the people and their boundless optimism into the future. Karin bathes in the sea of ​​these heartfelt children and is full of happiness.

In the Bvumba Mountains, near Mutare, we eat one of our best, but also most expensive cheesecake (20 €) in our lives and the Nyanga Mountains inspire with a completely new landscape: it looks like in the Black Forest in Germany and Karin feels right at home. Waterfalls, large (pine) coniferous forests, clear lakes. No wonder that the former white elite of Zimbabwe has built fabcy, but now decayed, vacation homes to escape the heat and dust in the lower-lying Lowveld. At the cliff viewpoint point “World’s View” where we also spend the night, we meet a 100-member widow club, which makes a trip. We are overwhelmed by so many laughing and singing (“we are welcoming you”) nice women. Karin bathes again …

Zimbabwe: not only a scenic, but also a fascinating country because of the contrasts and the great people.