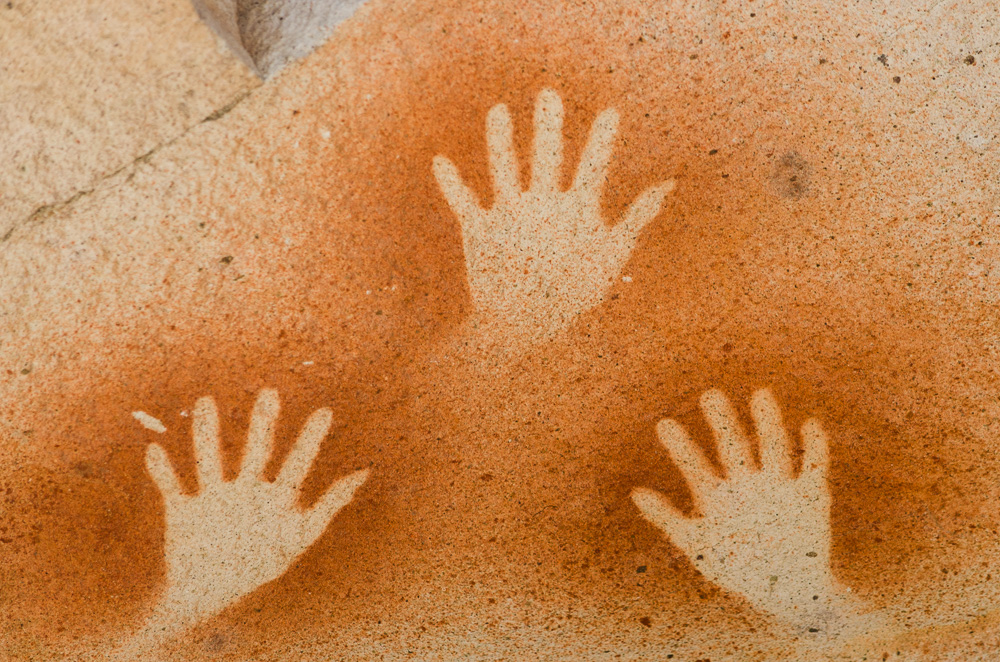 About the tiny Passo Roballos we drive again into Argentina. The track is very small. Both the Chilean and Argentinean border crossings resemble a small mountain hut rather than a stately border post. In contrast to the Chileans, the Argentines are laid back when it comes to bringing in food into the country. The border guard, just out of curiosity, just wanted to take a quick look inside Shujaa’s interior.

As soon as we have entered Argentina the landscape gets drier and the wind increases. Within a few kilometers we have left the lovely and lush Chilean cold-rainforest vegetation behind and the barren and bitter Argentina has returned.

The next morning we notice on the lake shore at our overnight locations flamingos – a great picture with the fresh snow mountains in the background. We did not realize that there are flamingos in this rough and cold area. Somehow we have always located them in warmer climes.

After so much nature we need to focus a bit on culture: we drive to the Cuevas de los Manos – the largest collection of rock art in South America and over 13,000 years old. The green river valley between the big rocky mountains, the caves and the surrounding area has a special mysticism. Karin says she can imagine that people have loved living here since time immemorial.

Afterwards we continue along Ruta 40 south to the famous mountains Fitz Roy and Cerro Torre. On both mountains we hike in the context of beautiful day hikes. However, I refrain from my originally planned idea, a multi-day trekking tour around both mountains on the largest contiguous continental ice field of our earth, the southern Patagonian ice field, after I learn that many tours get stuck for several days on the glacier due to sudden weather changes and in particular storms. (Note Karin: Definitely try the cake at Mathilde in El Chalten – sensational).

We continue via Calafate to the Perito Moreno Glacier. Surely one of the most touristic main attractions of Argentina and a thousand times seen in photos, but as soon as we actually in front of it we are truly fascinated. It can hardly be captured on a photo: it has a demolition edge to Lago Argentino of more than 70 meters in height and 5 km in length. Impressive is also the close proximity to the glacier on very well laid out tracks. The sounds of the working and – interestingly enough – still growing glacier are also extraordinary: it groans and groans, every few seconds a piece of ice breaks off under a loud roar. And if you are lucky, you see a particularly large ice spike overthrowing into the lake. Karin’s patience has proven itself several times and we were able to capture a big “cracker” also on photos.

Also Shujoo – our quad – was used for the first time. For incomprehensible reasons they did not let us in at the park entrance with Shujaa: first we were too big, after our reference to the passing, much larger coach busses there was suddenly a corresponding law etc. We then simply unpacked our “second car” and the problem was solved.

Karin has dedicated herself to a day off for video editing. In this area, we are beginners, but we would like to learn as part of our journey. There is therefore a new section on the website: Videos. There we have a first video on the topic of driving and road impressions filed.