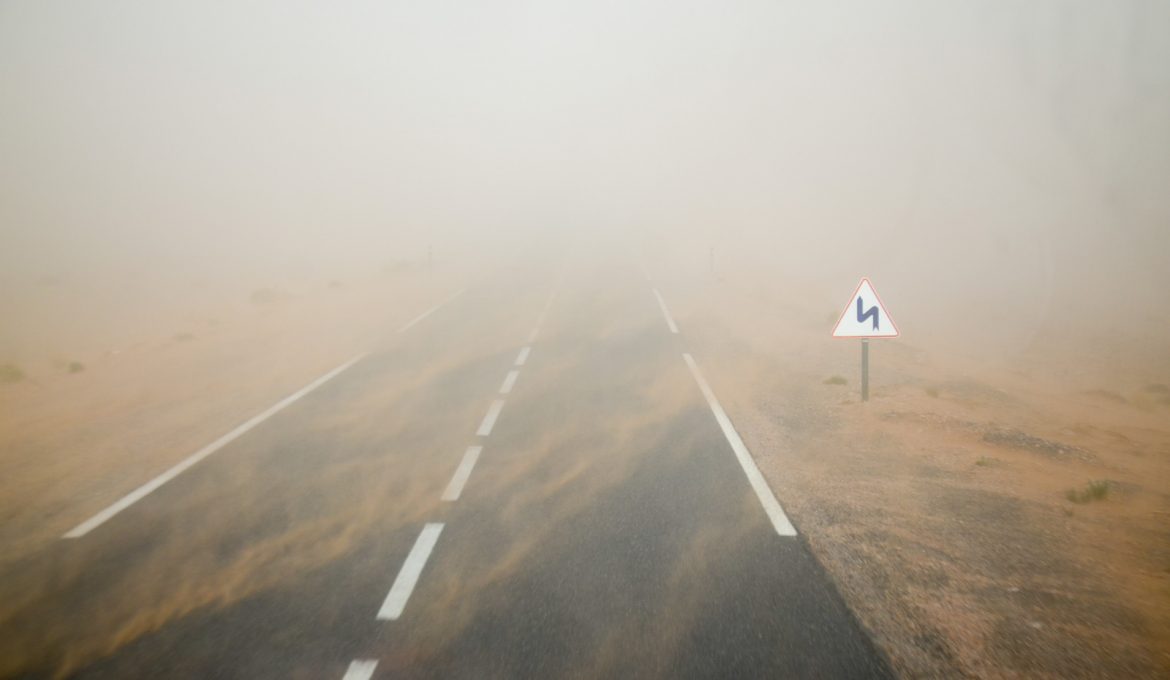 During a short stop in Merzouga, we bought a nomad cloth for Karin as a turban to stop the sand capturing her long hair during the sandstorm, even the teeth were crushing already. Along the east side of the Erg Chebbi we drove to our “old” overnight place, unfortunately, the nightly Sundowner fell short due to the storm, so we quickly moved into the interior of Shujaa and listened to the wind. Since opening of a window was impossible and we both urgently needed a shower, we learned to appreciate the air conditioning system of Shujaa.

From Erg Chebbi we went via Bouafra to the south-eastern part of Morocco – the Oasis Figuig – which we had not visited last time. Figuig is one of the few oases which are still fully cultivated and where the vegetables / fruit cultivation is still the livelihood and foodstuff for the inhabitants. The elaborate irrigation systems and the underground hot springs are very interesting. Unfortunately, Figuig suffers economically from the closed Algerian border since many Algerians came to the oasis to buy food and are now missing out. The border is, in fact, completely deserted, the road is now over-grown, and the frontier soldiers where very surprised as we advanced with Shujaa and asked for the border-crossing to Algeria.