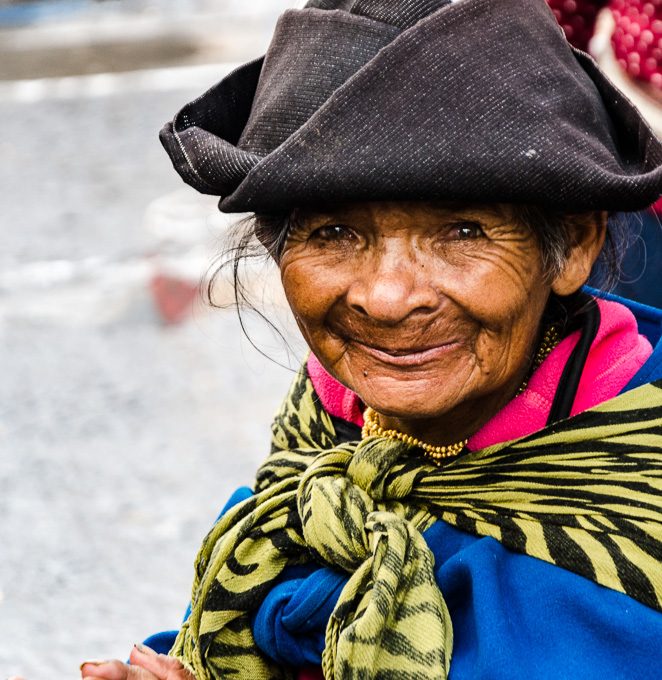 Relaxed by the “holiday” on the Galapagos Islands, we are happy to meet new challenges with Shujaa. First, it’s relaxed driving through the north of Ecuador to the famous arts and crafts market in Otavalo, where Karin is doing some shopping and on to the Laguna Cuicocha, where we make another hiking trip on around 3,000 meters of altitude. After a stopover at the well known overlander meeting point, the Finca Sommerwind, where we spend a nice barbecue with other overlander from numerous nations, the relaxed travel which we were used to in Ecuador comes to an end.

We had been told before that the border crossing to Colombia can take up to 8 hours. The problem is that many Venezuelans are looking for a better, new home in the southern part of South America in order to escape from the disastrous situation in their home country. They are coming to the border not only by bus and truck but also in part by Red Cross transports. We decide against the recommended border crossing at 3.00 h at night, but come to the border at noon – after a short visit to the beautiful cemetery of Tulcan. The chaos and the crowds shock us – despite the earlier warnings. With reference to our German passports, I manage to persuade an Ecuadorian border guard to let us pass to the head of the line, otherwise we would have to stand in front of a 500-meter-long queue (entry and exit are handled via the same counter). I’m less fortunate, though, to “persuade” the Columbian Migracion, and we are investing $ 30 to get a pole position in their queue – for the first time on our journey through South America we make an investment to facilitate the process. The customs process goes very fast, because almost nobody drives over the border with their own vehicle. With just under three hours of border crossing time, we still managed to get along well, but decide on the return journey from Colombia to the south / Ecuador to take the very low-traffic, second border crossing in the Amazon lowlands.

We drive a lot in the first days – especially given the local road conditions – and visit the major sights in southern Columbia: the Las Lajas Monastery, the Laguna de la Cocha surrounded by beautiful and flower-adorned wooden houses, the colonial town of Propayan, the archaeological sites San Augustin (Rock statues and tombs) and Tierradentro (burial caves).

Then we head north to the Desierto de la Tatacoa (the so called “rattlesnake desert”) with its dry micro-climate surrounded by the tropical jungle. Nowhere so far did we have so challenging driving conditions. Very exhausting and various times we have to “cut free” the way with our equipment. After such a day, though, the evening beer and the following wine will taste all the better. Shujaa is much less impressed than us, and hops from one hole to the next. The mountain landscape compensates for this: colorful flowers and trees, from time to time people waving to us happily.

On the further way we drive through two very narrow but sufficiently high railway tunnels and a very high but robust railway bridge …. Just spectacular and Karin gets the crisis as we drive over the bridge with a loud clatter. But everything is fine.