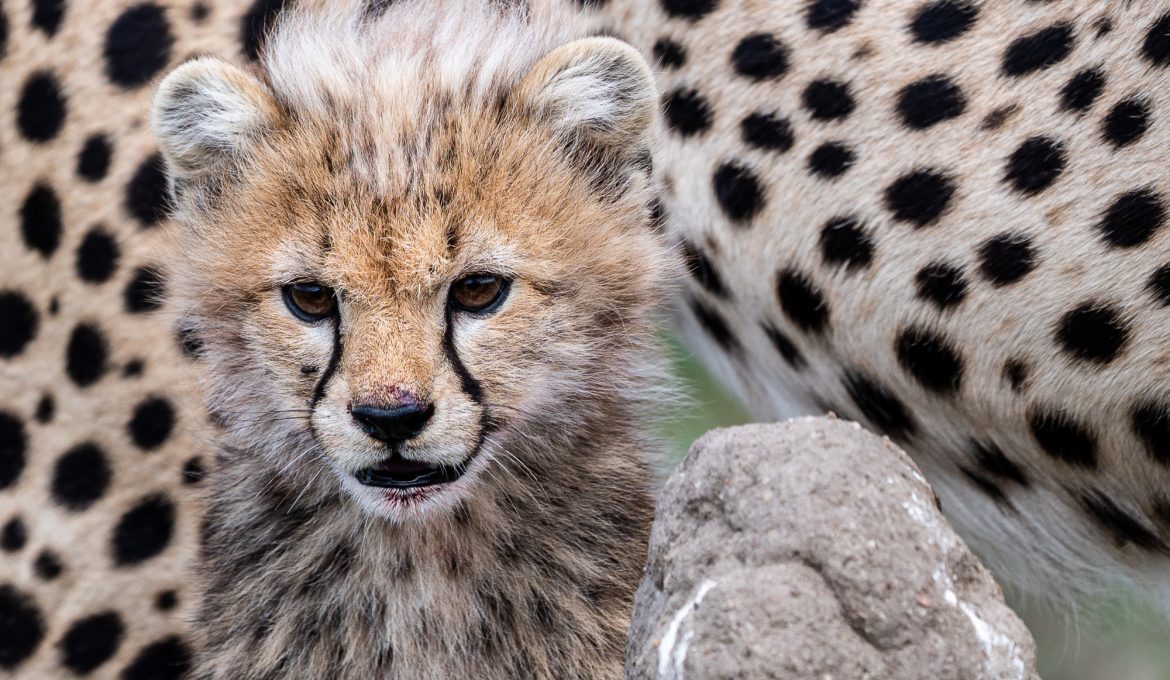 Before we leave the humid coastal region, we make a detour to the port city of Tanga, not far from the Kenyan border. I spent the first four years of my life there: Of course, there are no memories from that time, but it is still somehow a special feeling to be at a place of my earliest childhood some 50 years later.

Then we head off to the Usambara Mountains, where we unexpectedly meet Esther and Thomas from Switzerland with their MAN. They were one of the few people who were on the same plane to Namibia with us in mid-September. We enjoy the cooler temperatures and that we can sleep again at night without the built-in air conditioning, make a big quad excursion to the Mambo Viewpoint (unfortunately the Kili cannot be seen, but the almost 1,000 meter sloping edge is very impressive) and an extended hike through the lush green and intensely cultivated mountains.

Around the southern and northern Pare Mountains, where Shujaa can show its offroad capabilities again, we reach the city of Moshi. There we not only see the snow-covered Kilimanjaro for the first time, but we also receive our parcel with new carnets and a few small spare parts at DHL.

Since I decided to climb Mount Meru and not to climb Kili (see the blog Mt. Meru) we decide to at least drive around the Kili. Fascinating how the vegetation changes from lush tropical on the south and east side to savannah-like on the north side in quite a short time. Just as the road turns into a dirt road, it starts to rain heavily – we have to concentrate so that Shujaa doesn’t slip too much and memories of the Transamazonica in Brasil come up. When we have left the deep marsh driveway to Simba Farm behind us, Shujaa looks similar to back then. At the Simba Farm we spend a nice evening with Angela and Peter, who with their MAN have arrived the day before and with the help of a tractor, “pulled ahead” some deep tracks into the track. The views from here to Kenya with the Amboseli N.P. as well as on Mt. Meru are just great!

We thought for a long time whether we should visit the Ngorongoro Crater and the Serengeti at all, due to the horrendous costs and the fact that we have already seen so many animals in various other parks throughout southern and eastern Africa. A trip around the world is something else than a normal vacation and you cannot do every highlight along the road. But the low tourism due to Corona and the fact that also as a world traveler you “only live once” were the deciding factors for booking a guided private jeep tour for both parks. The cost of driving with Shujaa would have been even higher at $ 350 per day just for Shujaa (not including entrance fees for us). It’s a shame that Tanzania has completely lost their sense for a realistic pricing and wants to increase prices even further next year.

In fact, Ngorongoro Crater and Serengeti are unique: both in terms of the landscape and the intensity of the wildlife they are different from any other park in Africa that we have visited so far. We are also very lucky with our animal sightings: finally, we also see lions and cheetah babies … and very close! When our jeep gets stuck in a mudhole in the Serengeti, for once I’m happy not to be “in the driver’s seat” and let others be in charge 😉. Indeed it is impressive how our driver John gets the Landcruiser out of this mud again…. However, because the safari roof was still open during this rescue maneuver, the interior and thus we are completely sprayed with mud.

As intense and beautiful as these days are, we are happy to be back with Shujaa and then to start the long drive to western Tanzania which is completely undeveloped for tourism. Spending the night in wild camps in the bush (partly surrounded by curious locals, partly all to ourselves) and to be able to enjoy the comfort of Shujaa, which is significantly superior to jeeps, even on difficult slopes.

The more we drive to the west to the border with Uganda or Rwanda, the more authentic the street markets become and hardly anyone speaks English anymore. We drive along huge rice-growing areas to the southwest end of Lake Victoria: the largest inland lake in Africa and the second largest in the world. Karin did the math again: Lake Constance fits 128 times in here. So, we now say goodbye to Tanzania, in which after Namibia and South Africa we have spent by far the most time of our previous African countries. We have never experienced such a combination of great landscapes and fascinating animal world on our world tour so far.