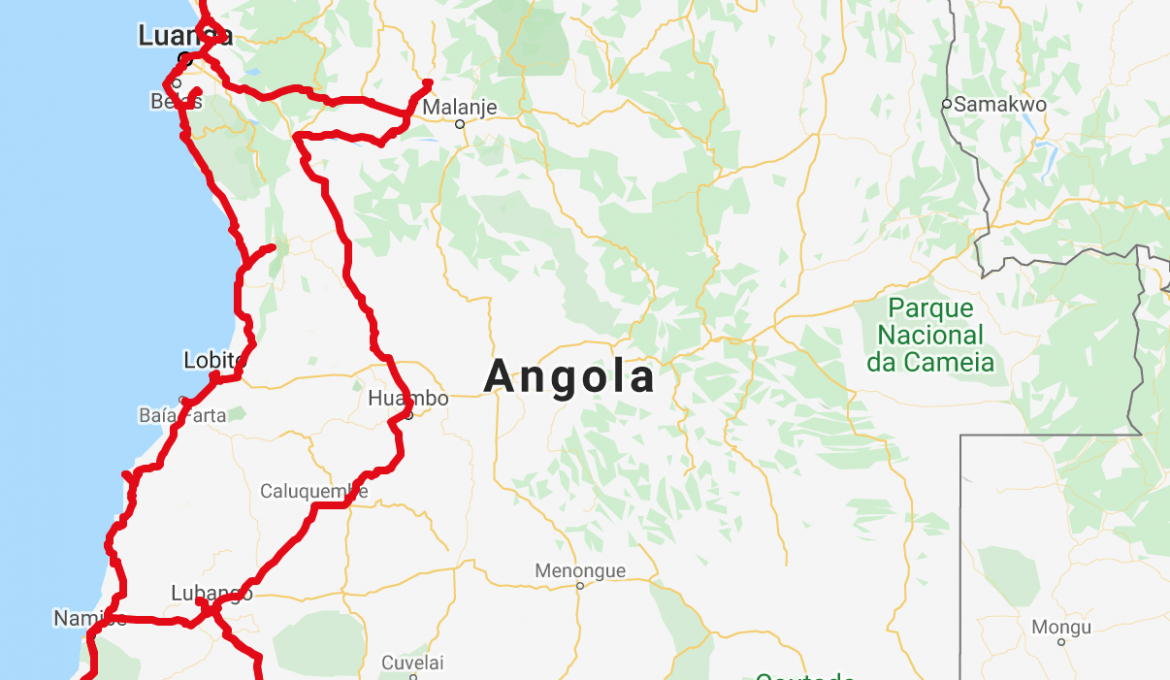 5,019 km in 17 days: Angola is still somewhat shaken by the civil war that was terminated only eight years ago. And you can notice that as a visitor. The people are rather shy and you can often see rusted military equipment such as tanks standing around. The landscape is very nice: especially to drive from the south to the north and to cross the different vegetation. First red desert, grassland, it gets greener, then comes the jungle on the Congo river. There are more baobabs in Angola than in any other country – there are roads, one after the other, that are full of baobabs which conveys a very majestic picture. We saw beautiful nature, such as the 1,300 m deep Tundavala abort, the road construction masterpiece Serra de Leba Pass with its countless bends, the lonely but characteristic Kissama NP, the once most expensive city in the world Luanda, the Calandula waterfalls and the Piedras Negras, an impressive rock formation with large rock plateaus on which Shujaa was allowed to spend the night.