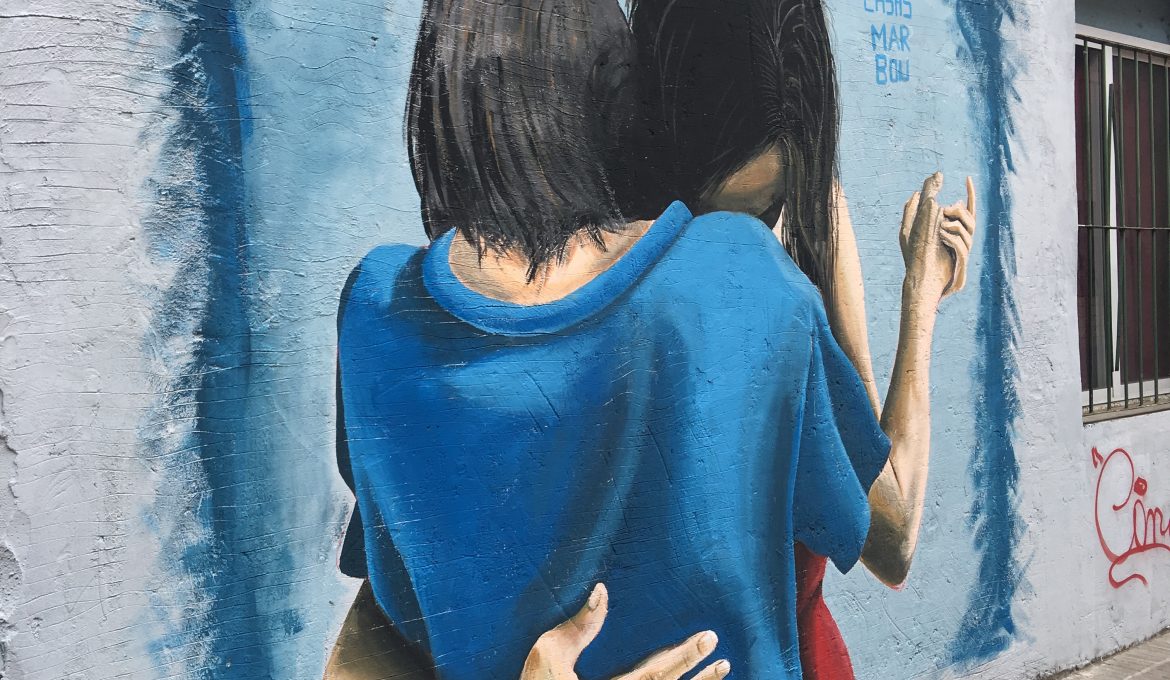 In the last few weeks we did not miss out any opportunity to spent most of our time with friends. We went to Georgia for mountain biking and a cultural trip (for the ladies). As good as it is, to prepare, to plan, to explain the friends everything and to communicate … sometime comes the time when you just want to go and start off to be with oneself. And now we start to Buenos Aires.

And with us it was overdue on 11th of October 2017. The decision to spend the last days on our finca in Mallorca was absolutely right. We managed to come down from our busy lives, could still enjoy very warm weather and then we flew in the evening with the shortest possible flight connection from Palma de Mallorca via Madrid to Buenos Aires (BA) … with a little kick at the beginning: we almost missed the connection flight from Madrid, the gate was closed already.

On the morning of the 12th of October we landed in pouring rain in BA. Our luggage was there, too, despite the very short transfer time we had in Madrid. The trip to BA to our hotel took almost 1.5 hours in our first South American traffic jam. After check-in at the hotel, we went to Pablo – our customs agent who should help us to bring Shujaa as smoothly as possible through the whole customs procedure. A lot of documents were exchanged so that we could hopefully get Shujaa easily in Zarate (90 km north-west of BA) 5 days later.

Then we went on a sightseeing trip through this huge city with various diverse districts: Recoleta, Palermo, San Telmo (where our hotel was), Puerto Madero and the Tigre Delta (where the Rio de la Plata flows into the sea) were on the agenda. With a population of 13 million in BA, one-third of Argentina’s inhabitants live in BA, the city is simply huge. We also took a short Tango course (Karin realized that I was contrary to her expectations not a “dancing bear” at all) and visited a Tango show, although it was quite touristy, but it was still worth it.

Conclusion of the first five days of our world trip, without Shujaa: