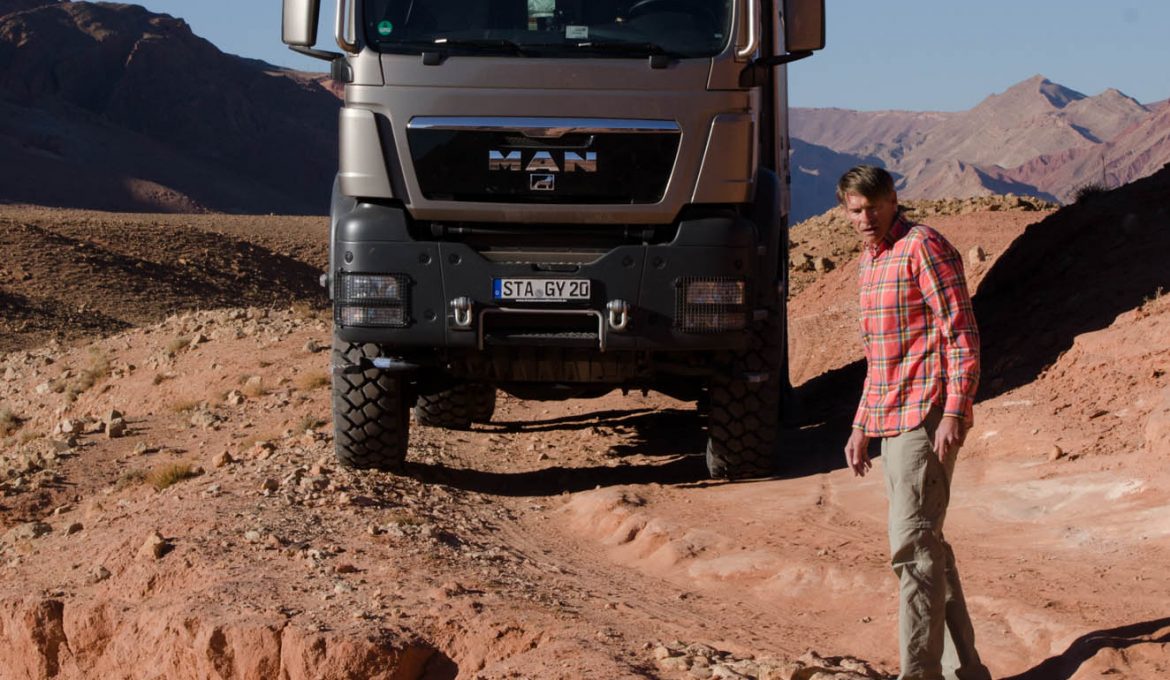 Over an incredibly difficult track we drove to the neighboring Gorges du Dades. Several times we thought to turn back, but either there were no reversing possibilities or a local land-rover driver assured us that the worst was over …. However, it became more and more challenging and deeply hanging rock overhangs on one side and 100 meter deep gorge onthe other side made these 12 km a real challenge with several critical situations. We again had learned a lot, but these challenges brought us partly to our limits. Karin, known as an old dramatist, saw our truck several times falling down into the gorge. Like always in situations like those we did not take enough photos. Karin and I were completely exhuasted, relieved, but also a bit proud when we arrived again on the asphalted road in the Gorde du Dades.

From the dreamy Gorges du Dades, which we climbed up to the north end at Msemir and then descended again, we went on to the gorge du Todra, which was further east. Both gores are an absolute highlight of a trip to Morocco and Show the natural forces of nature particularly impressively. Also here hardly any tourists which made it even more enjoyable.

After crossing the high Atlas a week earlier on the main route from Quartzarate to Marrakesh in the fast run to get the new tires in Casablanca, we took more time now and drove on very lonely and original tracks to Imichil over the main ridge of the Atlas, where we tried out my great Christmas gift from Karin – a camera drone – at a beautiful lake.