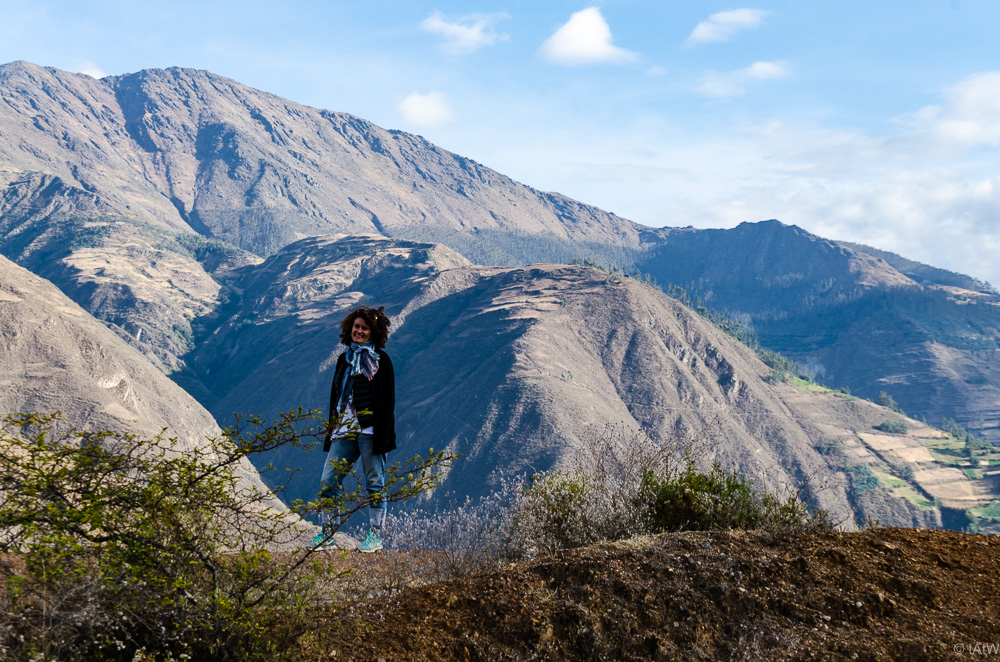 We thought it was over … Having already written a lengthy blog about the adventurous routes in Northern Peru, we did not want to push the subject any further. But honestly, you do not experience that every day. And so I (Karin) thought to write a blog from the perspective of a co-driver.

The next days topped our previous “driving” experience. We decided to drive over the mountains and not along the coast to the Cordillera Blanca, because we were already on the coast and because we enjoyed very much the mountains so far. Unfortunately, there are not the detailed reports on the internet on the stretch of track as on the last one, so we assumed that there are no specific challenges that are worth mentioning. However, this turned out to be far away from being true: apparently there were just less large “big rigs” or “really big rigs” traveling this route so far … Also on our paper and online maps, the streets were marked as major roads.

I do not want to say much about the ride itself, as I’m known to be responsible for the “feelings”. Only so much: it was probably the most exhausting and challenging track so far. 350 km in 16 h spread over two days, often with an average speed of only 10 km / h. As the crow flies we covered just 60 km. That can wear down.

And so I had sweaty hands on a regular basis, clinging to the door panel or just closing my eyes. We got arguments because I either misjudged the distances to obstacles or responded too late to changing situations, so always to the dissatisfaction of my perfectionist driver. For this you have to know: We both drive together, but in difficult passages I go out with the walkie-talkie and provide information about how many centimeters still has space. But passenger and driver perspectives are different. When I saw the slope coming towards me, with the demolition of the street, which robbed us another 20 cm from the already narrow street, I had to occasionally make a small scream. Then it sure ran 100 times like this:

But I really have to admit that Oliver drives very well and that I feel extremely safe. That’s why I can sometimes even blindfold with a clear conscience.

At the same time I see the nature: the monstrous mountains that are second to none, the eucalyptus forests that give off a breathtaking scent, the cute donkeys on the roadside and the cows in the pasture. Then I am infinitely grateful for the journey, for our situation, my husband, his driving skills, my life, our happiness.

The thinking “in the now” gives me much strength. That works for 80%. Then everything is quite simple: not the fear of the abyss is crucial, but be meter by meter in the present. Because then Shujaa stands well on the road with six wheels, Oliver masters the serpentine and we continue unscathed. All right!

At the end of the day, when we sit in the canyon at the bottom – next to a wide road – under a gloriously clear and unique starry sky, I could only one more time thank Oliver. Everything becomes relative, after such experiences and in extreme situations. Disagreements, misunderstandings, ambiguities, … everything is not so important anymore. You recognize the really relevant! We are together, live, enjoy a unique journey and are tipsy about life, the stars and the good wine.

You also have a video about it.