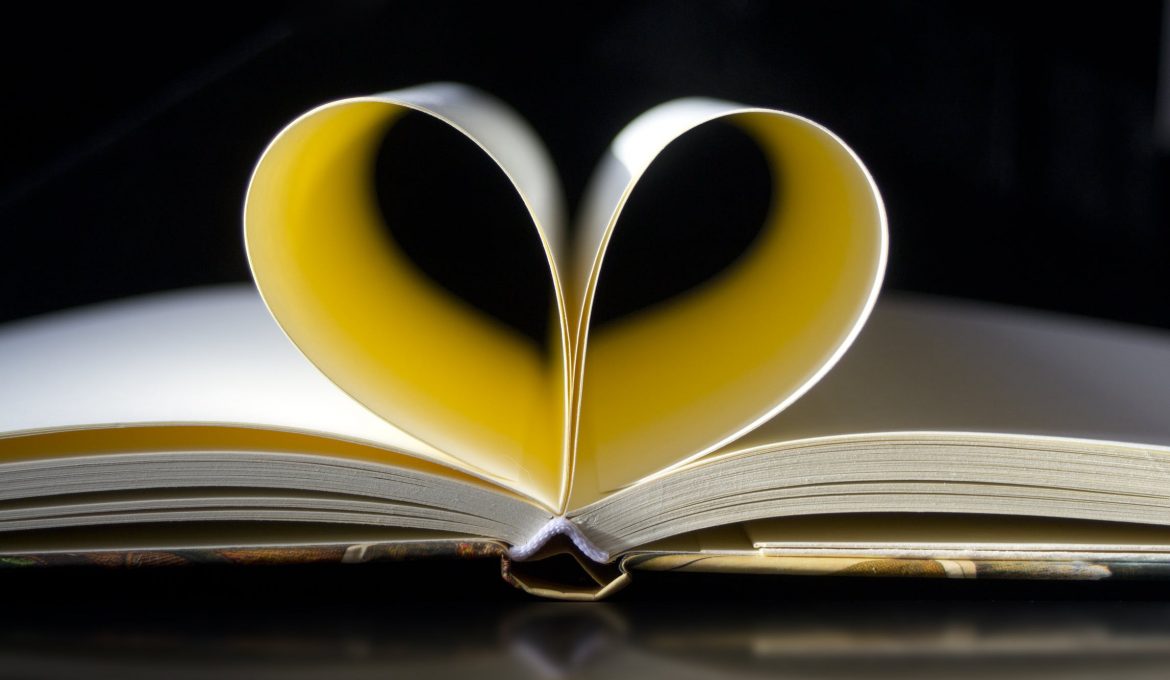 Books are important companions on our journey through the world. Especially it is nice when we read stories about the area we are currently traveling through. This enriches and enables us to gain deeper insights. There are just so many great books that we don’t want to keep away from you. 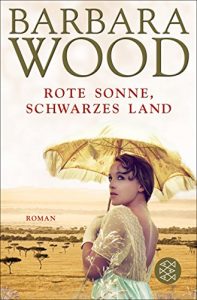 Kenya 1963: Deborah flees a burning country from a forbidden love. Her family had once come to Kenya to bring the blessings of modern medicine to the natives. But the respected and feared medicine woman Wachera fought resolutely to preserve African traditions. 15 years later, Deborah returns to Kenya and asks about the failure of her family, which was part of the soul of Africa. And it also faces up to its own past … The fateful family saga about a white settler family and an African tribal group. 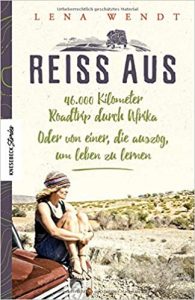 Ulli and Lena want to take half a year off and go from Hamburg to South Africa, discover the continent, but also find themselves again. They never arrive in South Africa. Instead, they travel two years through West Africa in their old Land Rover and a 40-year-old roof tent. It’s about a lot. About listening to yourself, becoming aware of yourself and feeling yourself again. And don’t turn around until something has changed fundamentally in your own attitude to life. In this book, Lena tells about the ups and downs of the trip, the encounter with yourself and with the people on the 46.000 km long route. And she tells her and Ulli’s story, an exciting story of two who could not have experienced a different journey together.

For us, this travel story was very funny and lifelike because Lena is so honest and writes a lot about the relationship and her inner conversations. So we were able to make comparisons in many areas, even if we are not as different as the two. Respect that they made it this far ;-). In terms of relationships, such a trip remains a challenge in any case. 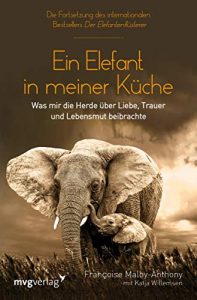 The death of the elephant whisperer and award-winning environmentalist Lawrence Anthony hits his wife Françoise hard. Suddenly she leads the South African nature reserve all by herself and faces challenges that she does not feel up to. Money is running out, poachers are taking advantage of the chaos of Lawrence’s death, leaving Françoise no time to mourn. But the herd of elephants saved by her husband shares Françoise’s sadness and gradually develops a new and deep relationship with her. They give her strength in an impressive way, and so the elephants become their greatest supporters and they become part of the herd. A moving memoir about loss, loyalty and the courage to just keep going.

This continuation of the first book, written by his wife, is no less good. Different style, different stories, but again charming with all the wonderful animal experiences. 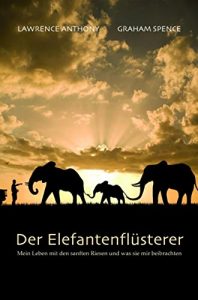 The emotional report from award-winning environmentalist Lawrence Anthony about his herd of elephants in the wilds of South Africa. There had been no elephants in Lawrence Anthony’s nature reserve for nearly a hundred years. One day he found out about a homeless and threatened herd that he was taking in with him. He developed a close relationship with the gentle giants that changed his life forever.

We were so delighted with the reading that we decided to visit the famous elephants on Thula Thula. And it was really worth it. Here is the link to our blog post. 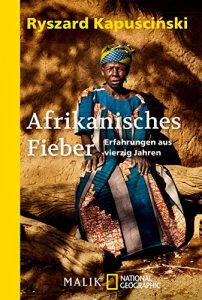 Again and again the Polish journalist Ryszard Kapuściński was drawn to Africa, where the foundations of the state, coups and civil wars took place. He has traveled the Black Continent for more than 40 years, researching people and describing them in his reports. The sum of his curiosity, his experiences, his fascination and his powerless amazement at the enormous dimensions of Africa give a close-up picture.

A master of literary journalism. Extremely interesting and exciting. 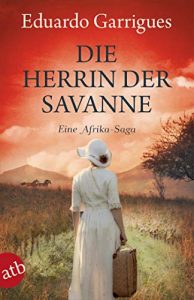 Jayta Humphreys is the daughter of a wealthy New York entrepreneur. In 1907 she met Hansheinrich von Wolf in Dresden, fell in love with him and was infected by his enthusiasm for Southwest Africa. The two marry and emigrate to Namibia to devote themselves to raising pure-bred horses. They spent seven years in Africa until the First World War brought their adventure to an abrupt end and their love reached its limits. Seven years in which Jayta experienced the hardships in a country marked by colonial war – and at the same time immersed in the mysterious world of a fascinating culture … A novel that is based on true events and will delight all fans of “Beyond Africa”.

The book is entertaining and here you will inevitably come across during a tour through Namibia: The Duiswib Castle. Nice to read what Namibia was like over 100 years ago and where the horses in the desert originally come from. 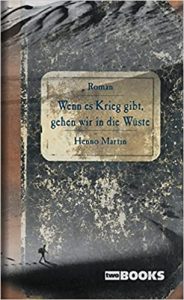 In September 1935, two young men, new geology doctors, arrived on the coast of southwest Africa. They have left Nazi Germany, start geological research in the Naukluft Mountains and explore water resources for the farmers. The Second World War catches up with them, fearing the threat of internment as “hostile foreigners”, Henno Martin and Hermann Korn flee to the desert, fighting there for more than two years for naked physical survival. Hunger and thirst torment them, their changing accommodations, provisional, primitive, form the starting point for changing hunting luck in search of food and water. They live almost like primeval people, admire the barren beauty of the desert, the extreme tension of death and life which leads to new insights into the development and decay of nature and humanity.

A wonderful book that has captivated us with its nature experiences. We also visited their place of occurrence and we were thrilled when we recalled what happened there. 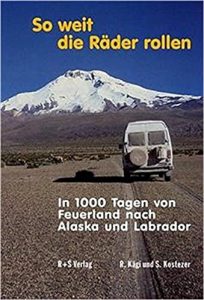 Driving the Panamericana, the “dream road of the world”, is still the epitome of a dream trip for many. René Kägi and Sonja Kostezer made this dream come true and were traveling for 1,000 days and 120,000 kilometers between the southernmost and (almost) northernmost point of the American double continent. The distance traveled shows that they were not satisfied with just driving down the Panamericana. Tierra del Fuego – Alaska (or vice versa, of course) is still a dream trip. 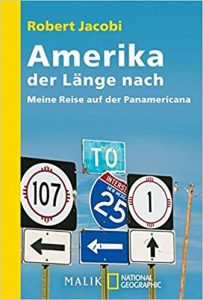 When all signs point to a professional career, Robert Jacobi grabs the longing for the really big adventure: the Panamericana. Alone and on a tight budget, he makes his way from the northernmost to the southernmost point of the American continent. It is the surprising encounters on the wayside that make his eight-month journey distinctive: the romantic night in Nome with the dropout Kim and her 17 huskies in the next room; the corrupt police officers in Lima who cause Jacobi a lot of trouble and an appearance on Peruvian television; the ascent of the almost 6,000 meter high Cotopaxi (Ecuador) with a spontaneously thrown backpacker group … A thrilling travel report and an invitation to set out on your own.

Well written, entertaining. We liked the book and provided us deeper insights. 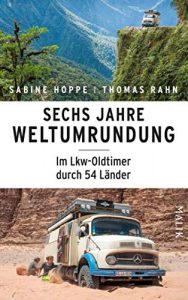 7.5 tons, 32 years old – that’s Paula, a Mercedes truck with classic car status, which Sabine Hoppe and Thomas Rahn have declared as their new home. Instead of directly entering professional life after completing their studies, the two decide to go on a world tour. At this point in time, they had no idea that they would only be returning six years later. You cross Asia, travel along the legendary Panamericana from Canada to Tierra del Fuego and travel lengthways through Africa. They share the fire with nomads, barely avoid a civil war and fight with numerous breakdowns. Every day has new challenges and unexpected encounters for you – a gripping report of a road trip into the unknown.

The classic for world travelers, Sabine and Thomas show us. We were also at several of their lectures and before we left they already inspired us. Written very entertaining, and above all humorous with a wink. In a very nice language, we think. 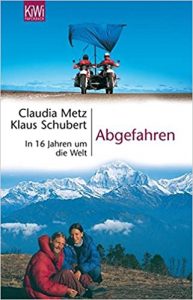 They set off in 1981 and came back in 1997. In between was a trip around the world. Just by motorcycle to Japan, by land via Yugoslavia, Greece, Turkey, Iran, Pakistan and India – the plan was crazy enough. Klaus is 23, Claudia, who has never ridden a motorcycle before, just 20. The trip should take ten months, Klaus had planned it meticulously. 16 years later they return to Cologne – on the Rhine, with their motorbike-driven boat Juma, which they built in the Amazon. Only the frames, gearboxes, a mirror, a rim and both lamps are original on their 500 enduro bikes. They have traveled 257,000 kilometers and have traveled to Asia, Australia, New Zealand, North, Central and South America and Africa. An adventure that many dream of for a lifetime – we experience it with fascination and longing.

Recommended book with a great overview. Asia is well described.