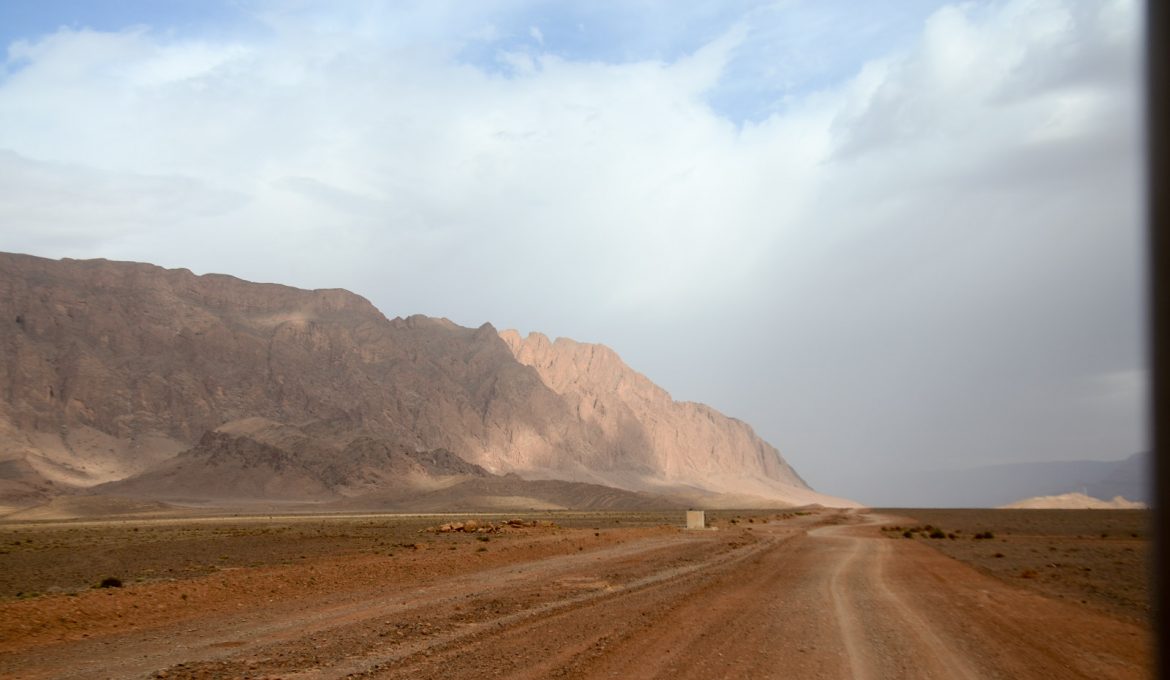 From the oasis of Figuig we drove on lonely tracks to the most eastern part of Morocco – the oasis of Icht – along a large, newly constructed earth wall close to the border with Algeria. As we have learned in discussions with local people, this earth wall indeed serves to prevent migration flows from Black Africa via Morocco to Europe. Somehow it is a strange feeling: you go on a test trip to prepare for unlimited travel experiences around the world, and then you drive hundreds of kilometers of freshly-drawn border security walls, reminding one of the geopolitical challenges and the current political discussions all over the world.

From the oasis we drove over Bouafra back north, where we left Morocco over the Spanish enclave Melilla again to Europe / Spain. A nice last night in the vineyards of Chateau Neuf Du Pape in Southern France with great food was the end of a nice trip.
Conclusion of this second test trip: we are ready for the “big trip”. Once again we learned a lot, but now it starts burning under our nails and we have “tested” enough. Morocco is and remains also after the second time an amazing, beautiful, peaceful travel country with incredibly nice people, which is wrongly avoided by many travelers.